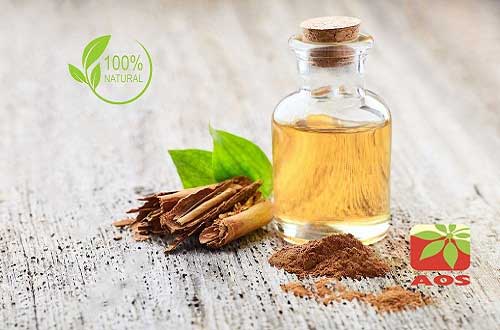 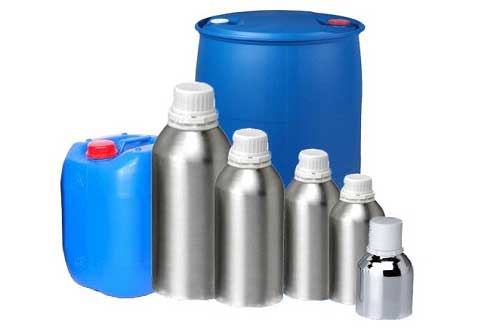 Cinnamon is native to Sri Lanka. Today it is grown in many tropical areas including Java, Burma, Borneo & throughout South America. Cinnamon was first time mentioned in Chinese documents. We are Reliable Manufacturers, Suppliers and Exporters of pure and original Cinnamon leaf oil in India. Visit our page, Know specifications and check our business certificates and if you have any query or Order regarding it, you can directly Quote Us

All About Cinnamon Leaf Oil:
Cinnamon is native to Sri Lanka. Today it is grown in many tropical areas including Java, Burma, Borneo & throughout South America. Cinnamon was first time mentioned in Chinese documents.

Cinnamon Leaf oil history:
In 15th century, cinnamon oil was used by grave robbers in their oil blends, which were meant to protect them against plague. This oil was also used as a sedative during birth (Know more oil that helpful in Labor). In early 200 BCE cinnamons was imported in Ancient Egypt.

Cinnamon oil industrial uses:
Cinnamon oil is extensively used in Fragrance and Flavor industry and is widely used as essential oil in a aromatherapy, cosmetics, personal care products and as a alternative medicine. It provides calming effect on the skin and soothes skin irritations and burns.

EXTRACTION:
Cinnamon leaf oil is extracted by the mode of steam distillation from leaves and twigs of the plant. Leaves yield 1.6 % to 1.8 % of oils. Oil extracted from leaves is more delicate.

ECOLOGICAL INFORMATION:
Cinnamon can grow on any soil under different tropical condition. In Sri Lanka it is grown widely in some part of dry zone, intermediate zone & wet zone on different soil type. Suitable temperature for cinnamon growth is between 20-30 c. Average rainfall should be 1250 mm to 2500mm.

Abstract or How to Extract it?
The Chemical components of the Cinnamon essential oil obtained from the leaves are Euginol, Euginol acetate, Cinnamic aldehyde and benzyl benzoate.

SAFETY MEASURE:
Eye Contact
Check for and remove any contact lenses. In case of contact, immediately flush eyes with plenty of water for at least 15 minutes. Get medical attention.
Skin Contact
In case of contact, immediately flush skin with plenty of water for at least 15 minutes while removing contaminated clothing and shoes. Cover the irritated skin with an emollient. Wash clothing before reuse. Thoroughly clean shoes before reuse. Get medical attention immediately.
Inhalation:
If inhaled, remove to fresh air. If not breathing, give artificial respiration. If breathing is difficult, give oxygen. Get medical attention.
Ingestion:
Do NOT induce vomiting unless directed to do so by medical personnel. Never give anything by mouth to an unconscious person. Loosen tight clothing such as a collar, tie, belt or waistband. Get medical attention if symptoms appear.

STORAGE & HANDLING:
Keep locked up. Keep away from heat. Ground all equipment containing material. Do not ingest. Do not breathe gas/fumes/ vapor/spray. Wear suitable protective clothing. In case of insufficient ventilation, wear suitable respiratory equipment. If ingested, seek medical advice immediately and show the container or the label. Avoid contact with skin and eyes.
Keep container in a cool, well-ventilated area. Keep container tightly closed and sealed until ready for use.

TOXICOLOGICAL INFORMATION:
It contains a toxic compound known as coumarin. High concentration of coumarin has been found to cause damage to kidney and liver.
Hazardous in case of skin contact (irritant, permeator), of inhalation. Slightly hazardous in case of ingestion.

AOS is unique brand in India that care quality of Essential oils. I am Taylor Natalie from Malaysia and i am regular buyer of pure Cinnamon leaf oil and Cinnamon Bark oil. I am preferring everyone if they want to buy quality products by Indian Exporter than AOS is best.

Brazil is a good place to buy Cinnamon leaf oil and their other derivatives e.g. Cinnamon bark etc. I am Renan Pavan a new user of Cinnamon leaf oil. I am organizing a Cosmetic center for Hair and Skin. So its is very useful for skin and lips

Can you ingest cinnamon leaf oil?

cinnamon oil is safe for consumption, but always dilute it with carrier oil. I suggest you to consult your health adviser first before consume it.

Does cinnamon oil is good for hair grow?

helps to stimulate our scalp which helps in growth of hair.

Is cinnamon oil is good for skin?

It helps to stop the acne-causing bacteria, and will work to reduce redness and restore moisture.

Is cinnamon oil is edible?

it is used in donuts, apple pie, buns, candies, tea, hot cocoa, in Liquors and in the preparation of chocolates.

It has spicy, strong and sweet aroma.