What is Cinnamon Oil

Know About of Cinnamon Oil : Introduction and Origin

Cinnamon oil is known as cinnenonunzeylanicium. It’s a small evergreen tree which belongs to the lauraceae family and is native to Sri Lanka and India. It is also found in Jamaica and brazil and now it is grown in almost every tropical region of the world. Cinnamon tree grown in moist well-drained soil. The leaves of plant are oval in shape, young leaves are red and mature to a deep green color. Flowers are greenish to yellow and are borne in cluster. The fruit is dark drupe. Cinnamon was highly valued in the Indian traditional medicinal system. It has been used to treat various health disorders. The bark of the tree peels and after four to five days of drying the bark is rolled on board to tighten the filling and then placed in the sunshine for further drying. Finally, they are bleached with Sulphur dioxide and stored in grades.

The major active components of cinnamon oil taken from the bark are eugenol and cinnamaldehyde. Eugenol obtained from the leaf part of tree and cinnamaldehyde obtained from the bark of tree and camphor from the root of tree. The oil has spicy and warm sweet taste and used in aroma therapy. Pure Cinnamon oil carries antiseptic properties. Common name of oil is caylon cinnamon and true cinnamon.

You can Learn about of Avocado Oil

EXTRACTION METHOD:
The oil is extracted from the bark of the cinnamon tree by using steam distillation method.

-Cinnamon oil is used in aromatherapy and is very beneficial in reducing depression, anxiety and better sleep.
-Anti-bacterial and anti-fungal properties of cinnamon oil have been found to be effective against streptococcus mutans and candida ssp biofilm, two agents which are responsible for oral infection and cavity in teeth.
-Cinnamon oil is used in cosmetics as a preservative and also used in disinfectants.
-Pure Cinnamon oil is used in many food ingredients like in sugar free gums, hard candy, tea and in baked goods.
-Cinnamon oil is used as ingredient in tooth paste, mouthwash, soap, body lotion and in perfumes.
-Cinnamon oil can be mixed with carrier oil and used for massage.
-We can use cinnamon sticks while preparing coffee and tea or hot beverages.
-For good aroma we can use cinnamon sticks by placing one or two sticks into a large pot of warm water and let the mixture simmer. This steam adds fragrance to the room.
-Cinnamon oil helps in soothing the pain caused due to ulcer, especially for those that are a result of poor eating habits.
-By adding cinnamon oil to food like cookies and tea helps slow down the release of glucose in the blood thus leading to weight loss.
-Cinnamon oil also work as a natural way of birth control.
-It helps to reduce the stiffness of muscles and joint.
-People suffering from arthritis and other inflammation disorders should consume cinnamon oil to get relief.
-It controls blood sugar level and is an effective remedy for diabetes.
-Cinnamon oil helps in respiratory conditions such as cold, influenza, sore throat and congestion.
-Cinnamon oil also helps in increasing attention span, better virtual recognition memory, working memory and visual response speed.

Where to Buy Cinnamon Oil Online Near you 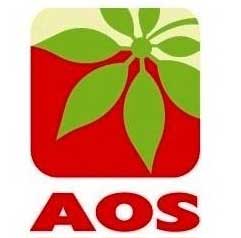